The keyword witch-hunt scores 4.370.000 results on Google. Regarding this extent, the more people get disappointed when they cannot find as much research results. The data, facts and especially interpretations of historians are distinguishing drastically. Nevertheless. they only agree in the point, that the witch-hunt was one of the most terrible historic phenomena.
This insane period left its mark: Approximately 9 million people fall victim to it. The population of Europa back in 1600 is estimated to be 110 million. In terms of figures this means that almost every tenth European was a victim of this insanity. As you see there is a very high chance that people of your family also were affected. 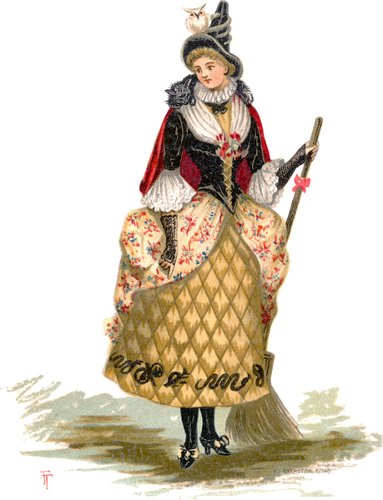 The dissemination of witch burning in cities and regions was irregular. In some regions compared to others there were less processes and partially even with acquittals. In turn other regions were suffering from it. It was not a rarity to wipe out farmsteads with complete families. The swabian city Erlangen is just one of many examples for such devastations. In Erlangen every second woman and every sixth man got executed. The process, the so called embarrassing questioning in fact were terrible methods of torturing. So, the questioning was just a cover of the torture. Being a victim of torture at the same time determined the death. Only seldom the hunter acquitted people. This is often just interpreted as a short interruption of an unsuccessful questioning.

Thereby the church was supporting the witch-hunts. Pope Innozenz VIII issued the papal bull “Summis desiderantes affectibus”. So he legitimated the persecution of all heterodox people. Therefore, the Dominican monk Heinrich Krämer, published his book “Hammer of witches” (Malleus Maleficarum) in 1487. This literature was an instruction of hunting witches. Unfortunately, it was one of the first bestsellers in the just a half century old history of printing.

In 1755 the last stake in Germany burnt and 1944(!) the last witch-process was lead on English territory.

We will get back to you as soon as possible!